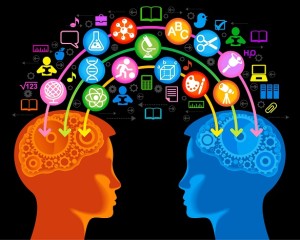 We’ve aggregated some of the most pertinent and interesting articles on market research trends that we have found here on one page for you.

Infiniti Research, a global market intelligence solutions provider, has announced the completion of their most recent whitepaper on the four noteworthy predictions of market research trends in 2018.

Should we worry about the reach and sophistication of corporate efforts to probe and manipulate our consumer psyches?

Artificial intelligence has dominated popular culture for years; it may soon dominate marketing. Scientists, researchers and marketers are looking for the next step to make data self-aware.

Seminal trends in Big Data adoption, higher affordability through new methods, and increased automation will drive a positive industry trend for market research from 2016 to 2020 but also put traditional providers under more and more pressure.

How Technology is Changing Market Research

While most responded positively, using words like “exciting,” “faster,” “cheaper,” and “easier” to describe the effects of technology on market research, a few others fell on the opposite side of the spectrum, citing reliability and quality concerns.

The April 2016 First For Women Magazine with a circulation of >1.3 million readers, features WeCruiting.com in an article about attending paid research: 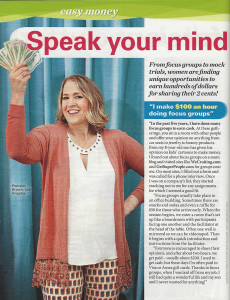 Microsoft Pulse now empowers users across diverse industries to engage with their customers, conduct research and analysis, and collect deeper insights in real-time.

Well-respected thought leaders share their thoughts on what we’ll likely see as “big things” that impact the insights industry in 2016. 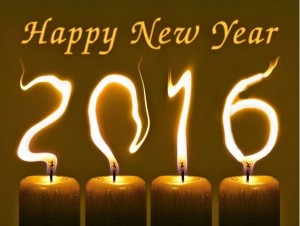 Ethics and Social Media Research: Where Do We Go From Here?

Research using social media will be subject to laws and regulations such as the Data Directive in the EU and HIPAA and COPPA in the US.

In a digital age, it is market research’s responsibility to make sure that their marketers stay strategic at all times, while executing tactically on data to maximize the yield of marketing activities.

. . .  And we want to thank our magnificent clients and all of the respondents who have given of their insights and time to contribute to the successful research.  We have expanded our staff and social media presence to accommodate the growing need, and look forward to connecting more quality respondents with all of the inquisitive researchers who contribute to innovation.

Read: Forbes list of America’s Most Promising Companies of 2015.

How to Get More Out of Your Market Research

Why do marketers sometimes complain about the market research they get? If you too are sometimes dissatisfied with your results, then read on for some useful tips on how you can get the information you need. 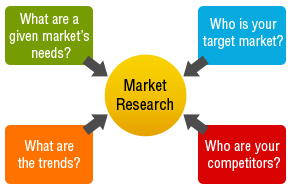 Marketing leaders report their most positive outlook since the recession hit six years ago, according to new results from The CMO Survey. When asked to rate how optimistic they are about the overall U.S. economy on a scale where 0 is least optimistic and 100 is most optimistic, current reports are 69.9  compared to February 2009 levels of 47.7.

In this article, we’ll explain why we are, in fact, on the cusp of a new golden age for marketing. At the core of the new era are five elements that are simultaneously familiar and fast changing. The first two are the science and substance of marketing. 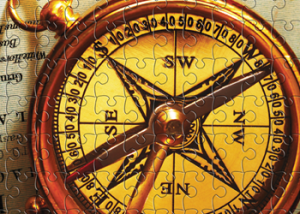 “At the end of 2014 Q4, LinkedIn had 347 million users, up from 296 million earlier in the year. It’s probably safe to say that LinkedIn is unarguably the best social site for B2B marketing.”

Happy New Year (a little late)! WeCruiting has literally had a non-stop flurry of research activity, and true to what this article portends, mobile access and trends continue to be a large part of consumer testing, as well as mobile responsive research.  Read more, and welcome to 2015!

Launched just last week, YouGov, the market research firm, used data from its 200,000 active panellists to create a website that allows anyone to access profiles of people depending on their likes and personal preferences.

“While the site is intended largely for commercial purposes and market research, it enables anyone to type in one of 30,000 search terms – from a musician to a type of food – to access an in-depth profile of a typical fan. It is broken down by demographics ranging from age, earning and political preferences to niche interests, hobbies and even where they typically buy their clothes.”

Read more at The Guardian. 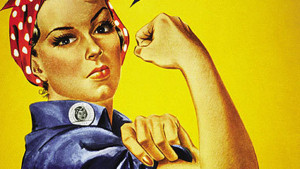 Why the Most Successful Organizations Have Women and Millennials in Charge

“The Global Leadership Forecast looked at the workforce issues affecting 13,124 leaders from around the world, representing 48 countries and 32 major industries. Women in leadership, like millennials, are a sign of successful companies. Of the participating organization, those in the top 20% financially had almost twice as many women in leadership roles, as well as more high-potential women holding those roles.”

“As they started picking features, customers would carefully weigh the choices, but as decision fatigue set in, they would start settling for whatever the default option was. And the more tough choices they encountered early in the process — like going through those 56 colors to choose the precise shade of gray or brown — the quicker people became fatigued and settled for the path of least resistance by taking the default option. By manipulating the order of the car buyers’ choices, the researchers found that the customers would end up settling for different kinds of options and the average difference totaled more than $2000 per car.”

THE MYSTERY OF RECRUITING

by Lauren Lundgren and Tina Osinski

We love a good detective novel, so it is no surprise that the sometimes mysterious nature in which market research operates gives us a similar kick. As the great Sherlock Holmes poses the endless questions for his unfortunate sidekick, Watson, it behooves us to do the same in our line of work: What is the ultimate goal of the ubiquitously mysterious end-client? Who will benefit from this study? Who ultimately has the means, the motive and the opportunity to participate?

That Elusive Sponsor Clearly the sponsor most often needs to remain anonymous to the potential respondents; however it is extremely beneficial for the recruiting agencies to have a clear objective stated up front so that they can understand the goals and the nature of the study. To populate a study well, the recruiter must be able to determine that the respondent is thoroughly qualified to give the sort of feedback the study requires, and, there is no better insurance for that than a clear understanding on the recruiters’ end of the project’s objectives. 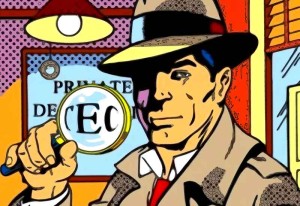 To ascertain respondent qualifications, recruiters rely on the screening document. This usually comes from a study’s sponsor or moderator. The best screeners cover all the qualifying points in as succinct and conversational way as is possible. They ask open-ended questions, so potential respondents are unable to second-guess the right answers. They give clear directives on terminations and segmentations in as streamlined a format as possible to ensure that the exact target audience is recruited. In short, the ideal screeners leave no “shades of grey”; respondents are either qualified or not. When one combines a well-crafted screener with a clear outline of the objective, the recruitment firm is then armed and ready to find the best-suited respondents for the study as efficiently as possible.

Features and Benefits Yes, it’s a hackneyed sales term; however, having now identified the desired target, it is critical to show potential respondents a demonstrable benefit to them. They may benefit monetarily if the incentive is high enough to be worth their time, but if one recruits someone whose primary interest is money, his input is likely to be less valuable than that of someone who is genuinely interested in the topic at hand; it guarantees a lively and cogent discussion of salient points. In order to find such people, the recruiter must be able to tell potential respondents that they will be trying out a product or web site that relates to them in a significant way. The standard introduction that goes something like, “We’d like to include your opinions in a very interesting study about technology products,” does not quite meet that criterion. One needs to say something along the lines of, “We’re conducting a usability study for a web site used for researching business entities.” Anyone who needs to know about corporate demographics to do his job will be immediately interested in learning about such a tool, and the common sponsor fear that he’ll “know too much” about the study to give spontaneous responses pales in comparison to the quality and interest of such a respondent.

Getting Them There Turning to the matter of who has the means, motive and opportunity to participate in a study, it is extremely important to consider timing. Not only does the recruiter need adequate time to contact and recruit qualified people, (usually a minimum of two weeks) sponsors should be aware of respondents’ availability. It may be more convenient for sponsors to conduct their studies during their workday, but how easy is it for professionals to leave their jobs mid-day to participate in something only marginally related to their work? It is far better to schedule times before work, over lunch, and immediately after work, assuming the usability site is close to major industrial areas. Most especially, if sponsors’ usability labs are out in the boonies, there is no way people will be able to set aside during business hours the amount of time it takes to get to and from the lab, on top of the ninety minutes to two hours usually required for a complete usability. These logistics need to be considered.

Even when studies are scheduled appropriately, sponsors need to be aware that emergencies arise, and even the most committed respondent may have to cancel at the last minute. To cover that contingency, it is advisable when doing individual in-depth interviews to plan for more time slots than are needed and/or to have “floaters” scheduled. Floaters are people who are recruited to come in and wait for two to three hours to fill in if a scheduled respondent fails to show up. They should be paid proportionately to the amount of time they’re being asked to devote to assuring a fully populated study. Money Talks It is worthwhile to mention that money matters, despite the perspective that the most desirable respondents attend from enthusiasm. A reasonable incentive demonstrates respect for the respondent, because it acknowledges the value of his expertise and time, so again in the interest of garnering truly useful information, study sponsors are well advised to budget for reasonable incentives. The old adage “You get what you pay for” holds true in the mysterious world of market research, where inadequate incentives equal inadequate show rates and respondent participation. It is far worth it to budget the extra amount per respondent to ensure your desired number of completes. Sponsors should be able to rely on their contracted recruitment firm to advise them on the going incentive rates in the individual markets.

Armed with a clear and complete understanding of a study’s objectives, a targeted screener, an appropriate schedule, and reasonable incentives, a good recruiter will be able to hunt down and schedule exactly the people sponsors desire to solve the mystery of the marketplace. And isn’t that one of the most compelling unsolved mysteries of all?